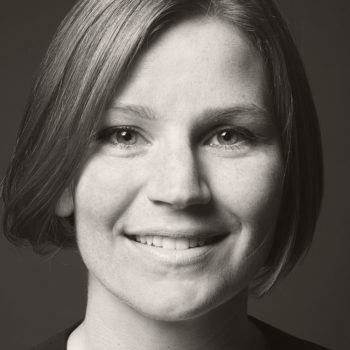 Vera takes care of all operational aspects on projects and partnerships of the studio, which have included Nike, GE, Accenture, Deutsche Bank, The Creators Project, the Museum of London, and the British Library. She has been collaborating with Marcus Wendt, creative director at FIELD.io, since 2006 and co-founded the studio in 2009.

Their independent works have been exhibited at galleries and festivals worldwide, such as Woodstreet Galleries in Pittsburgh, PA, Parsons Paris, and the China Museum of Digital Art in Beijing. Vera has been invited to speak at conferences like Barlett Plexus, the Manchester Design Symposium, Glug, and Shesays, as well as Toca Me in Munich, EYEO in Minneapolis, and Resonate in Belgrade.

Vera started out in 2003 as a producer and curator of media arts, performance and film; for the Kassel Documentary Film and Video Festival, Germany, and later the V2_Institute for the Unstable Media in Rotterdam, Netherlands. She studied Visual Communication with Joel Baumann (tomato interactive) and Bernard Stein (Ott+Stein, MetaDesign) at the School of Arts and Design in Kassel and graduated with distinction in February 2009.