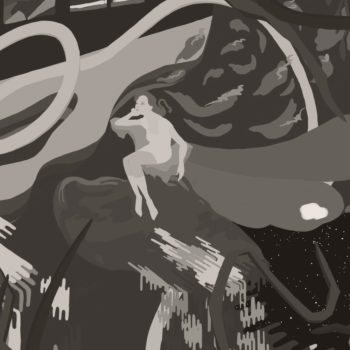 Nida Fatima is a storyteller, motion graphics artist, and educator. She was born and raised in Lahore, Pakistan. She received her BFA at the School of the Art Institute of Chicago, and now works in Vancouver. Nida has worked for major brands that include Air Canada, Telus, and Vancouver Aquarium.

She has taught several motion graphics workshops at film festivals including Chilemonos and BIFF film festival. Her personal work has been showcased across Europe, including the Casoria Contemporary Art Museum in Naples, and the UK film festival. Nida continues to be active in the industry and is currently working on new personal projects alongside being apart of the full-time faculty at Digital Design department at the Vancouver Film School, where she is the lead instructor for motion graphics and 3D animation.