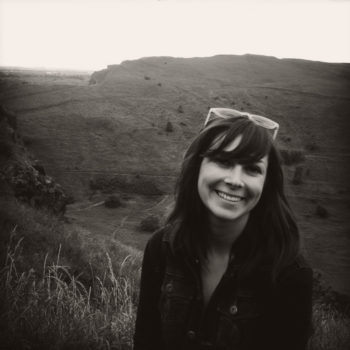 Hayley Morris is an independent animator and educator located in Providence, RI. Her work uses traditional animation techniques such as stop-motion and hand-drawn to tell stories that unfold through layered textures, hand crafted details, and inventive storytelling. Hayley created her own animation studio called Shape & Shadow in 2016. She has directed commercials for Samsung, Hewlett Packard, Burt's Bees, HumanaOne, Kate Spade, The Detroit Zoo, Paragard and many more. She has also been an animator and fabricator on commercials for Special K, Mcdonalds, Toyota, The New York Times, Cadbury, and a fabricator for the NYC Macy’s Christmas Windows. Hayley has a passion for creating music videos. She has directed and animated songs for Explosions in the Sky, Iron and Wine, Pure Bathing Culture and grammy award winning violinist Hilary Hahn and pianist Hauschka. Hayley's work has been featured in films festivals and museums around the world. Her short film "Undone" won the Grand Jury Prize for Best Animated short at Slamdance in 2009 and most recently her sets, puppets and music videos were shown at La Gaité Lyrique’s “Motion Factory” exhibit in Paris. The exhibit, showcased 15 directors from around the world that create hand-made films in a digital age. Hayley re-located to Providence from Brooklyn, NY to teach stop-motion animation at The Rhode Island School of Design and to form Shape & Shadow.