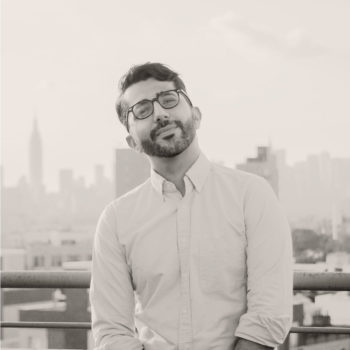 Alex is a NY based commercial director, illustrator and an occasional freelance motion graphics artist too. He also runs Studio A&M, an independent production studio and arts space with his talented friends. He’s recognized for his multidisciplinary, often character based work which has been described as “colorful, bold and graphic with a sense of subversive humor at it’s core.” His work has been noted with awards, features, interviews, mentions and speaking engagements from the Art Directors Club Young Guns, Boards magazine, Apple, Motionographer, Stash magazine, FWA, Trendland and It’s Nice That, among others. He also shaped and teaches the final thesis class for the Mograph Mentor school, and has taught as thesis advisor and guest lectured at SVA and NYU.